Jordan is both a Middle Eastern nation and a two-hundred-thousand-year journey through human history. More than a nation, Jordan is one of the world’s epic tales, with prophets making pilgrimages across its mountains and deserts early on and later armies of the Greeks, Romans, Arabs, and Crusaders battling on its sandy plains, leaving their mark at scores of archeological sites. Every year, nearly 4.5 million tourists visit the country to immerse themselves in history and culture.

You, too, can enjoy it all while bedding down in serious luxury at the Thousand Nights Hotel. Located in the heart of Amman city, just a few meters away from a wide variety of shopping experiences and natural charms. Here’s a look at the top places and activities to enjoy while staying at the hotel. 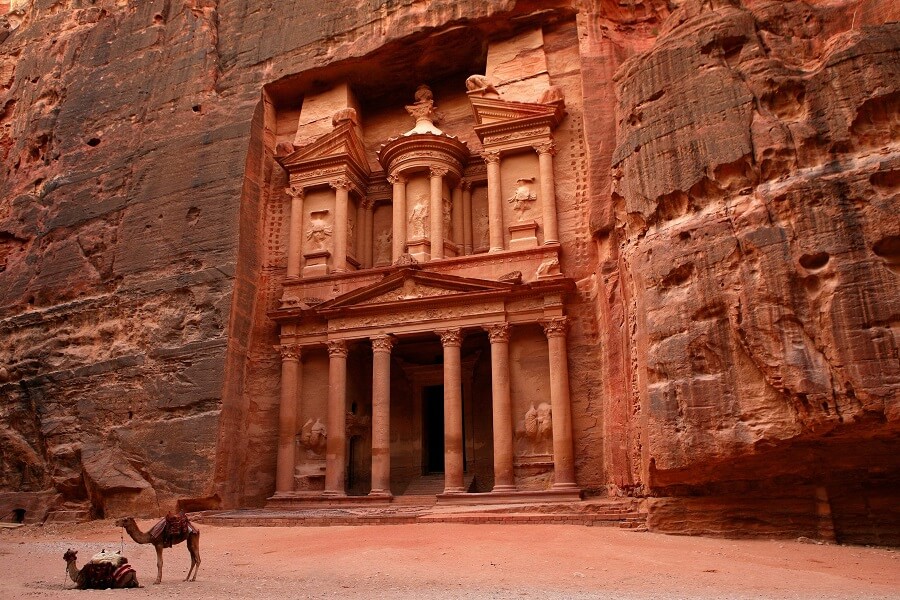 Petra is a historic city that was founded in the fourth century BC and is located in modern-day Jordan. It is an archeological site and one of the most popular travel destinations in the region. Even a few motion pictures, such as Indiana Jones and the Last Crusade, have been shot here. The Treasury is by far this place’s most popular attraction. The 40-meter-high façade is a stunning world wonder that essentially transports you back in time. Its exquisite decoration includes Corinthian capitals, figures, friezes, and more. It is topped by a funeral urn, the contents of which are said to be a pharaoh’s riches.

There’s going to be a handful of other sites to tour, including the great temple, the Renaissance tomb, the silk tomb, the obelisk tomb, and Aaron’s tomb, where it’s believed Moses’ brother lies under a white-domed mosque. It’s going to be a big day of walking and exploring with tons of side trails, so definitely get there early to explore all of it. 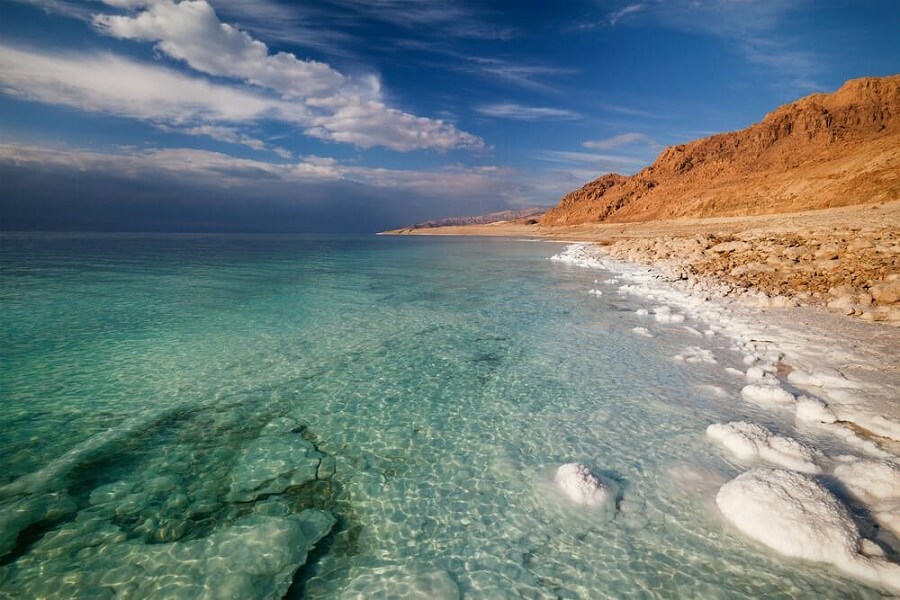 It’s never a complete trip to Jordan without a soak in the Dead Sea. This is one of those once-in-a-lifetime experiences that everyone should enjoy. Most people believe that this is only an opportunity in Israel, but it’s, in fact, a fantastic thing to do not far from Amman. The area around the lake is the lowest spot on Earth because the lake’s surface is 1,412 feet below sea level. It’s a great day trip, or you can stay overnight at one of the nearby hotels. If you don’t make a reservation for an overnight stay, you will be granted a day pass incorporating a lunch buffet and access to a hotel pool where you may cool off when temperatures soar.

Getting soaked in Dead Sea mud and soaking in one of the saltiest places on earth while the sky gradually becomes blazing orange is a wonderful experience. After a long day inside Petra, spending a day or two here is a good idea. After taking a bath in the warm water, make your way back to your rooms to enjoy the buffet while getting entertained by belly dancers. 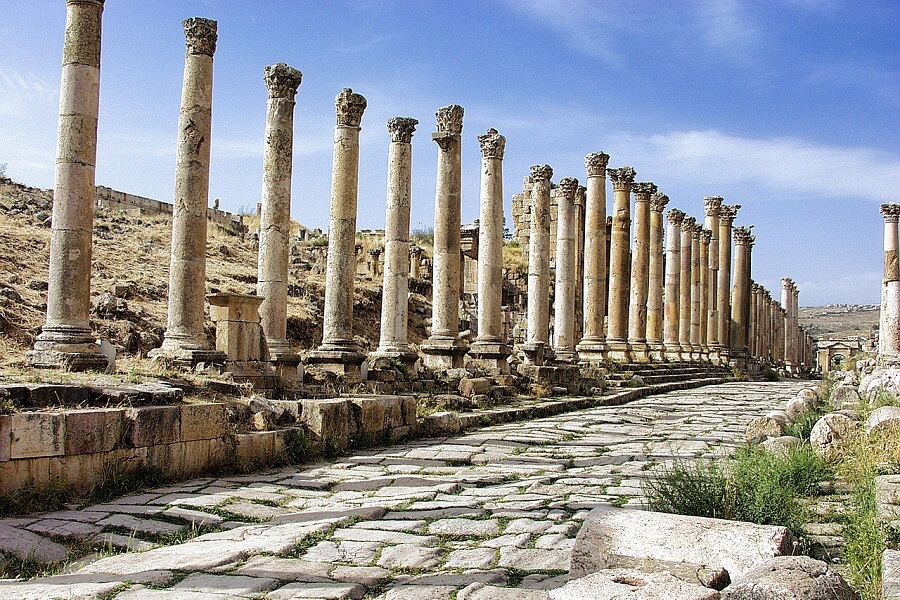 The Jerash Ruins are about 40 minutes from Amman, and the best thing is that there is ample space for big crowds without feeling congested. The ruins are the region’s best-preserved Roman sites and are worth exploring. There are forests, traditional foods, and museums. However, the finest spot to begin or conclude your day is still in the ruins itself. The temple of Artemis is located on the site. The sanctuary is thought to have been built as a shrine to the guardian goddess Artemis.

The Greek deity of nature, the hunt, childbirth, and wild animals. There is also the Arch of Hadrian, which was constructed in 130 AD as a tribute to Emperor Hadrian during his visit to this region. Other attractions include the Oval Plaza, a hippodrome, the Temple of Zeus, and the Jerash Museum. Stay until dusk, when the sun dips below the horizon and casts a soft orange glow over the entire amphitheater. It’s not just entertaining; it’s also incredibly romantic. 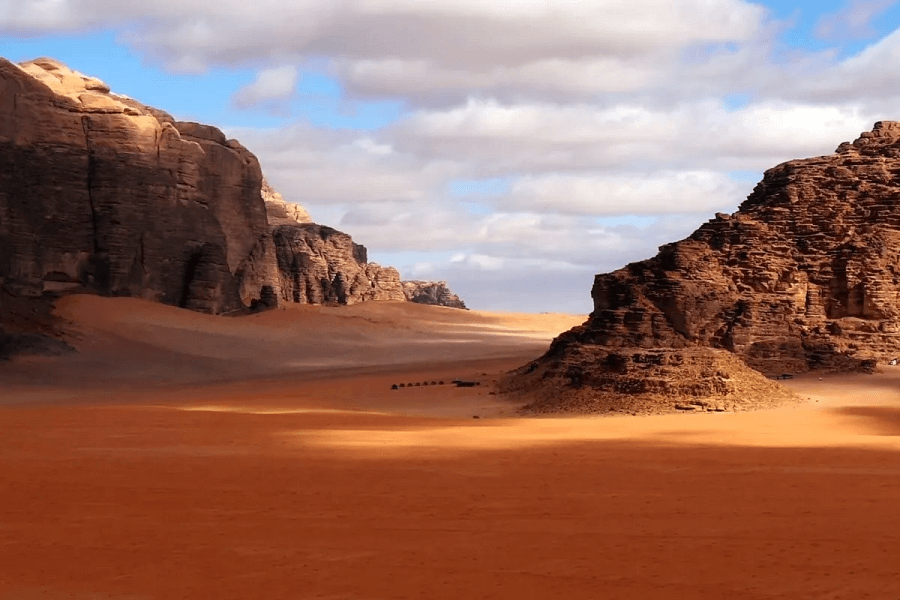 With its huge orange granite rocks scattered all over and rippling crimson sand dunes, Wadi Rum is surreal. The desert has served as Mars in a couple of Hollywood blockbusters. Wadi Rum is Arabic, meaning “Valley of the Moon,” and it is inhabited by the Bedouin tribe. There are a lot of attractions here, such as interesting rock carvings and inscriptions that show the region has been inhabited since ancient times. Head over to the enormous Khazali Canyon to explore these artworks. Other attractions include the Lawrence Spring, the Nabatean Temple, and the Seven Pillars of Wisdom.

You can also take a number of tours on camelback that last anything from 30 minutes to 4 hours. While it’s not that comfortable, it’s an awesome experience you should try. You can also try sandboarding in the Al Hasany dunes or even go hiking through Abu Khashaba Canyon. The latter is where you’ll see the only vegetation in the region. In the evening, you can return to camp and enjoy traditional food prepared in a brick-lined underground oven, then sit outside and watch shooting stars light up the sky while enjoying Bedouin tea. 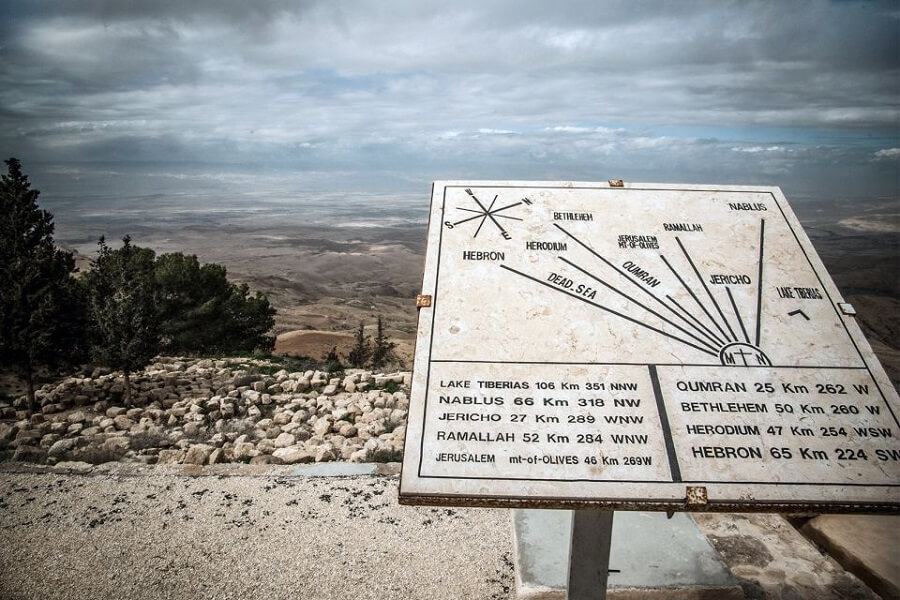 Due to its proximity to Amman, Mount Nebo can either be included on a tour that also includes other excursions or visited solo. According to one of the Pentateuch texts, Moses was given a view of the promised land from this mountain. It rises 710 feet above sea level, overlooking many beautiful rural sides and presenting breathtaking views in all directions. The Serpent Statue and the Moses Memorial Church, both religious icons, are also atop the mountain. Come for the history and the picture-worthy views.

From ancient ruins, majestic cities, vast seas, interesting museums, stunning beaches, friendly locals, delicious cuisines, and rocking nightlife, Jordan has a lot to offer, and the region of Amman makes it possible to include several of these in a one-day or multiple-day excursion. Check into the Thousand Nights Hotel for the best rates in town, so you can take your time to explore everything you want.